We are pleased to announce the resumption of the F... 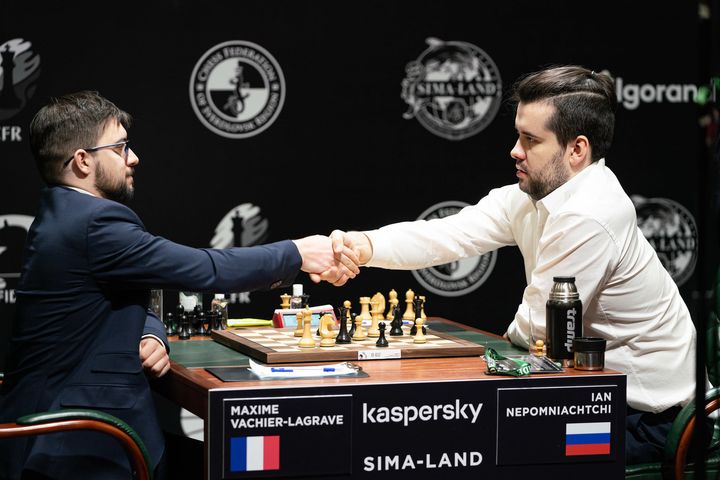 We are pleased to announce the resumption of the FIDE Candidates Tournament.
The 8th round of the event that was suspended halfway is scheduled for November 1, 2020. According to the contract Yekaterinburg, the city that organized the first round of the Candidates Tournament at the highest level in March 2020, is still considered as the hosting city. However, considering the epidemiological situation, FIDE has designated a reserve venue: The city of Tbilisi, in Georgia, has been officially approved as an alternative, and it is ready to host the tournament in the same time frame.
The first half of this double round-robin tournament was played in March and grandmasters Maxime Vachier-Lagrave (France) and Ian Nepomniachtchi (Russia) are leading with 4.5 points.
Details: https://fide.com/news/729
#chess #FIDE #FIDECandidates