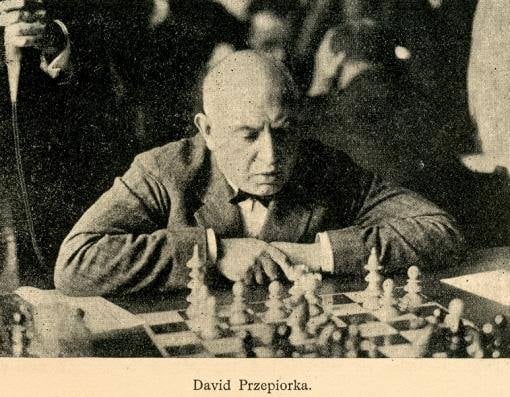 17 January 1940. A sad day in Chess history. At a chess cafe in the private apartment of Franciszek Kwiecinski in Warsaw, about 30 chess enthusiasts were arrested and taken to a nearby detention center. Some were released after a few days. Those of Jewish origin were taken to the Pawiak prison. David Przepiorka, Dr. Stanislaw Kohn, Moishe Lowtzky, Achilles Frydman and several others (all Jewish) were taken to the Kampinos Forest near Palmiry and executed by the Nazis (January-April, 1940).