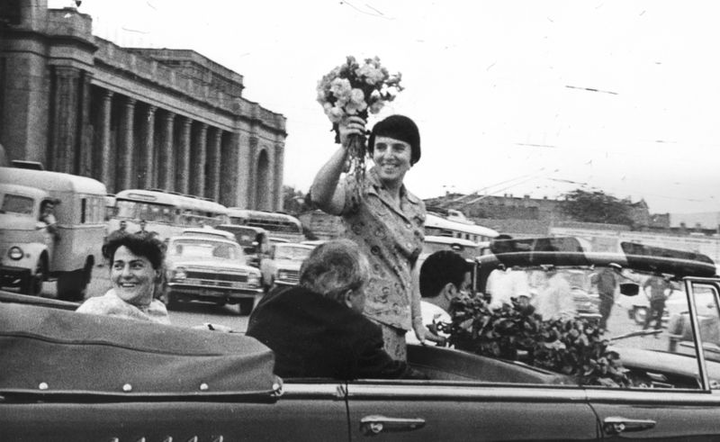 Georgian legend Nona Gaprindashvili celebrates her 80th birthday today, on May 3, 2021. Our heartiest congratulations and best wishes!
In this 1962 picture from the Georgian Chess Federation archive, she is shown on her return to Tbilisi after crushing Bykova 9-2 and becoming the world champion. Nona was 21 then. She went on to keep her title for 16 years before handing it to Maia Chiburdanidze in 1978.
Gaprindashvili was the first woman to become a Grandmaster, a five-time winner of the Soviet Women's Championship and inspired thousands upon thousands of girls to pick up chess. She's still very sharp, having won seven senior women's championships.
#chess #OnThisDay #anniversary #legend #ChessHistory #Georgia